“Your friend turned up the other day in one of those old t-shirts.”

“Impossible. He didn’t have any blue ones.”

“The old ones got confiscated – it was felt the logos were unnecessarily provocative. We gave out new ones.”

“Anyway, how do you know it was him?”

“Obvious or not, the blood made a real mess of his blue t-shirt. Dramatic, you know? It wouldn’t have looked so bad if he had been wearing one of the old red ones. Which, as they’d been taken away, he couldn’t have, could he?”

“When did you see him last?”

“About three weeks ago, I guess.”

“Wearing a red t-shirt, of course.”

“I didn’t ask what he was wearing.”

“Why didn’t I ask what he was wearing?”

“What difference does it make?!”

“About how you deal with people; what you think about them. It gives me a clue as to how you might regard me, for example. A hint as to what I might expect; what sort of treatment – or t-shirt – I might get.”

“And how do you know you’re in line to get any kind of ‘treatment’ at all? We’re just having a chat, a friendly chat.”

“A friendly chat in an anonymous room devoid of just about anything except these two chairs. A room which – need I point out – is locked from the outside by person or persons unknown.”

“But they are comfortable though.”

“How can people be comfortable?”

“I meant the chairs. The chairs are comfortable. Considering.”

“How old they are. A little threadbare on the arms. Had you noticed? And I think the springs may be going too. But comfortable nonetheless.”

“Cooperate? Who said I wouldn’t?”

“Well, no-one actually. But your attitude seems a little…”

“If you say so. Which – I must add, just to be even-handed – I think I can understand, given the circumstances.”

“Especially considering what happened to your friend.”

“Yes, I suppose I did. But you didn’t contradict me, did you?”

“I don’t know; did you want to? Or were you afraid to, perhaps?”

“Well then.” Pause. “And I concede that my comment about his t-shirt may have been a little in bad taste.”

“Yes. Though it was entirely true, of course. And that’s one thing you can rely upon – me being honest, telling the truth.”

“Perhaps it might be better if we started again; after all, it seems that we have gotten off to a somewhat shaky start.”

“Perhaps it might be better if you just let me go.”

“And anyway you can’t use that word.”

“What have you got against American’s anyway? I might be American for all you know. You might have just offended me.”

“That doesn’t mean anything. And I can do a pretty passable American accent. Do you want to hear it?”

“Why not? Because it might undermine what you think? Because you’re afraid I might be American after all?”

“How can I?” Pause. “Actually, that wasn’t much of a fresh start was it. Shall we try again?”

“It takes two to tango.”

“Which is also very droll. You really are on form; I’m impressed.”

“Then it obviously doesn’t take much.”

“Oh dear, have I touched a nerve?”

“I think you should be a little more careful with your choice of words.”

“Is that your serious face? Should I be frightened?”

“I respectfully suggest that you cease mocking me.”

“Let’s just say, that when I first met your friend his t-shirt was still blue. And afterwards…”

“Tell me about The Quotidian.”

“The Quotidian. Such an elegant word, don’t you think?”

“What does it mean?”

“Don’t pretend you don’t know! It means the everyday. An adjective – I think – to describe something that is normal, always there. There shouldn’t be anything remarkable about anything that is quotidian, should there?”

“Bizarrely though, The Quotidian is far from normal, isn’t it? Some people have a theory about the name, why it was chosen.”

“People have theories about all sorts of things.”

“The common notion is that what it represents – The Quotidian – and the people comprising it are just that, always there. Wherever you turn. Hidden, mostly, but omnipresent.”

“Isn’t that what Gods are supposed to be?”

“Omnipresent? So the legend goes. Of course these days it’s just us who are omnipresent. I don’t mean God-like, of course; that would be presumptuous, wouldn’t it? But we are everywhere, and all the time.”

“Then you are The Quotidian. Is that what you’re saying?”

“You know very well what I’m saying. Our job is to control, to harmonise, to lay out rules for the benefit of all. The Quotidian exist to circumvent those rules, our rules. They pretend to have the concerns of the masses at their heart, but they don’t. They’re just a bunch of egocentric terrorists, anarchists, self-important, self-serving…”

“So there is no difference is there? Your definition pretty much proves the point. So why do you need to talk to me, if we’re all the same?”

“Your friend – your alleged friend – was a member of The Quotidian.”

“We caught him trying to unleash one of those little EMP bombs in the city.”

“Don’t play games with me – buddy. You know very well what I mean, what the letters stand for.”

“Everyone must play? Eat more potatoes – if you can find any, that is.”

“Shouldn’t that be EP, if electromagnetic is all one word? But then maybe you can’t spell and think it’s two words. Is that it?”

“We caught him as he was setting the timer. Clumsy, he was. Might just as well have been wearing a luminous flashing vest rather than that blue t-shirt. Something with a logo on it that said ‘come and get me’ – because we did.”

“That’s the problem with you people. You’re just playing, as if it’s all some kind of game. You probably grew up glued to a FPS and imagined that’s how life was supposed to be. And don’t tell me you don’t know what a First-person Shooter is.”

“Running around blasting the bad guys, saving the world, like everything’s that black and white.” Pause. “Well it isn’t. It’s not that simple – buddy. It’s harder than that. And there’s no mid-game medic who suddenly appears to give you a health boost and make the hurt go away. Just ask your friend.”

“You’re not saying anything.”

“I’m just listening. That’s allowed, isn’t it? I’m intrigued by your fascinating theory. Really. I think I might actually learn something; something that will be useful for me in later life. Assuming I have a later life.”

“You know them then?”

“FPSs? Grew up playing them, didn’t I? Thought that’s how the world was. That’s where I got my world view.”

“I thought I was agreeing with you. Sorry.”

“You know, there could be a game called ‘The Quotidian’. You and your friend could be characters in it, couldn’t you? Except, like I said, there was no medic on hand to help him when he needed one.”

“People die in those games all the time, didn’t you know?”

“But you can’t just reboot this one, can you? You can’t go back to the beginning and start all over again, or try and find another way out of your tricky situation.”

“Your friend turned up the other day in one of those old t-shirts.” 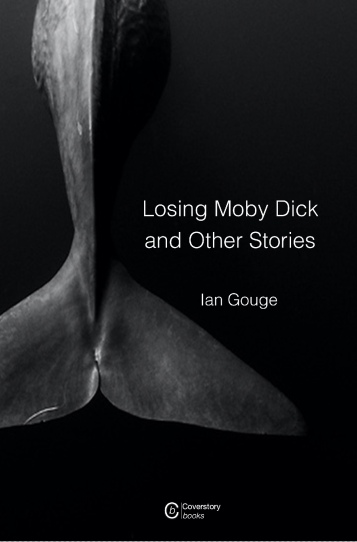